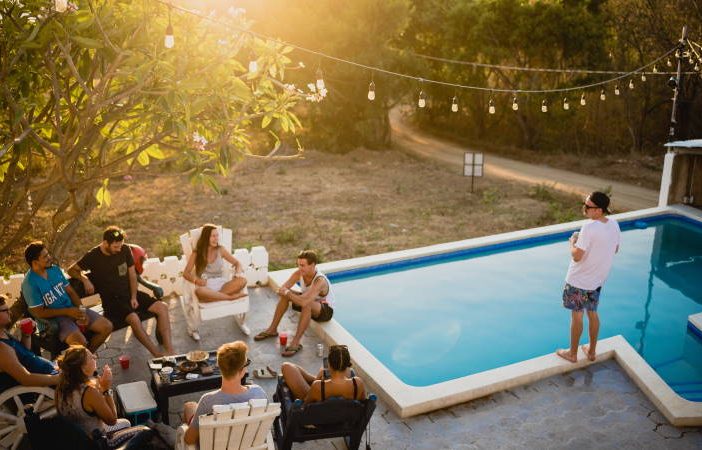 I don’t drink alcohol. I never really have, which is a shame because everyone readily accepts a recovered / recovering alcoholic. Sometimes people assume I have a history with addiction. I don’t correct them. It’s easier to let them think that than it is to defend my lifestyle choices.

I’ve never taken the time to explain all of the reasons why I don’t drink though, and I think it’s worth explaining, so I’m going to try my best to explain it as simply as I can.

If people press me on why I don’t drink and I want an easy out, I say I’m on antidepressants. It’s a good conversation-ender. Nobody knows how to talk about depression, so they just accept it.

I use the antidepressant medication excuse as a cop out. The real reason is that I’m indefinitely depressed, and alcohol is a depressant, so it would make me more depressed. Drinking when you’re depressed is like taking out a payday loan to pay for credit card debt — you’re just digging a deeper hole.

Depression is hard enough without alcohol as a multiplier.

2. I don’t like who people become when they drink.

None of my friends drank much in high school. They started drinking more in college. Some of them drank too much. When they did, they became more of who they already were — if they were softies, they became lovable teddy bears. If they were lost (like most college kids are), they became destructive.

I’ve never met drunk-me, but I know I don’t like him. Sober-me walks on a thin layer of stability. Underneath is self-loathing, existential dread, and more dark stuff that should stay there.

3. I would drink for the wrong reasons.

Some people have a healthy relationship with alcohol. They drink to socialize and celebrate, or because they like the taste of craft beer. Those are good reasons to drink. They’re not reasons why I would drink.

I would drink to avoid reality — because life is pain and I don’t want to feel it. I would drink when I’m stressed and alone. After work, at work, in the morning, whenever.

I’d use it as a drug, and I would be an addict.

People show their priorities by how they choose to spend their money. Alcohol isn’t a priority for me. Drinks are expensive, and I’ve seen the damage it can do to budgets.

I would rather spend money on other things.

5. Everyone should have a friend who doesn’t drink.

I’ve met too many people who, when I tell them I don’t drink, have responded with, “I’ve never met anyone who doesn’t drink before.”

I receive too many Facebook messages from people I used to know, asking what I do instead of drink, because they don’t know how to live without alcohol.

Sometimes I don’t know what to say. I never had a problem, went to a meeting, or found God.

This is just my life, but I hope that being in theirs is enough for them to know that they can do it too.