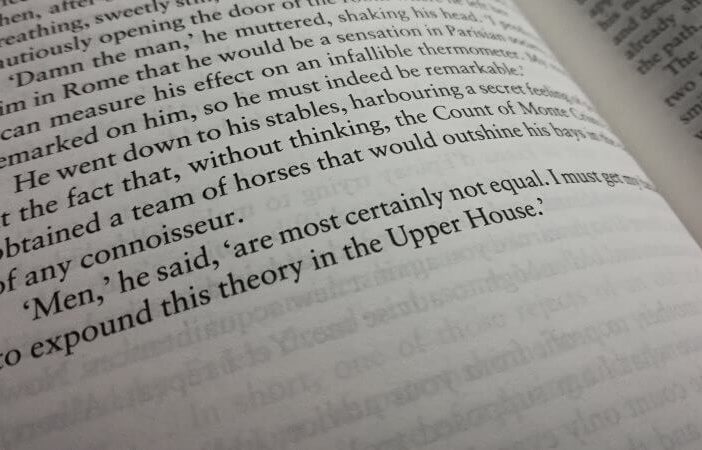 My sister had a nickname growing up. We called her Grace. It was always said ironically — a joke to poke fun at just how not-graceful she could be, like the time she broke her nose by swimming into a pool ladder, or fell into a hot tub trying to step down onto a ledge that didn’t exist. The latter wasn’t too long ago.

My Tony Stark-sized alter ego likes to believe that I’ve made even fewer mistakes than my sister. She might not agree with that, but she would agree that we are both below the norm.

Both of us learned from a young age not to make mistakes. The only problem was that neither of us could pin down exactly what the mistakes were. They seemed to vary by day — the same action met with a different response. We could spill a glass of milk one day and he would be okay, then the next time he wouldn’t talk to us for a week, or more.

It was never enough to apologize and fix what you did wrong either. We couldn’t just say we were sorry and clean up the milk. We had to repent. We had to make him feel superior. That was the condition to earn his love.

Sometimes we didn’t know what the mistakes were until after we had made them (the first time I learned I had chores was when he chewed me out for not doing them). So, to avoid the unknown intensity of his retribution, we subconsciously developed a one-strike policy — If it triggered him once, avoid it at all costs.

I started to carry my mistakes in a mental backpack — a constant reminder never to do them again. When I was little, I thought it would make him love me. Then I just wanted him to not hate me. By the end, all I wanted was to be left alone.

Now he’s gone, but I still have the backpack, and for some reason I can’t seem to throw it away.

It’s hard to admit that in many ways I am a lot like him.

He likes the Robin Hood with Errol Flynn.

And when our demons finally catch up with us, we both withdraw from the people closest to us.

But when he’s done fighting with his demons, he pretends it never happened, and if you pressure him about it, he’ll somehow manage to put the blame on you.

Because he showed me that, if you live with NPD, or BPD, or depression, or anxiety, or any other mental disorder and things aren’t quite right up top, it’s important to love people when you can so they understand when you can’t.

The backpack is my electromagnet. It reminds me that I’m human — that I’m not as great as he thinks he is. I’m not an exception. I make mistakes that need forgiveness, and other people’s mistakes deserve empathy and understanding.

I’m afraid of ending up like him: alone. Not alone like that old guy who goes to the same diner every day because his buddies never came back from Vietnam and his wife died from breast cancer but he still visits her grave every Sunday. But alone as a consequence of my actions, because my mind is messed up in ways that can’t be fixed, and that makes me hard to love.

I guess a lot of us feel that way though.