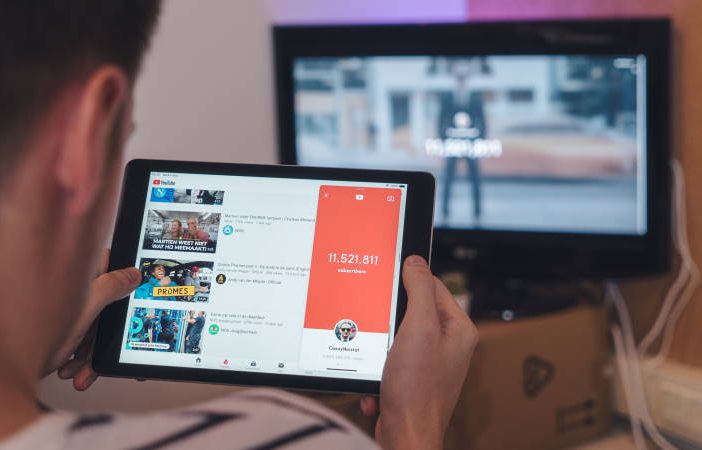 YouTube ads are where it’s at. The reach is massive, views are cheap, and production value can be as high as a Hollywood movie or as simple as a selfie-monologue on your smartphone.

I’ve been running ads on YouTube for years now and have picked up a few not-so-obvious tips to pumping out better results from the platform.

1. Listen to your ads (without watching them).

If you’ve ever looked at the “WHERE ADS SHOWED” report in Google Ads for your video campaigns, you already know that a good chunk of YouTube ads show on music videos. Some of them aren’t even music videos — they’re videos with a still image like the album cover or miscellaneous images from DeviantArt.

That’s $0.10 out of every $1.00. It’s not a ton, but it’s enough to notice. And when those placements are on apps like YouTube Music — an app meant to compete with Spotify — you can be pretty confident that many of these people never see your ad.

People don’t watch these videos. They listen to them.

If your YouTube ad has elevator music in the background, that’s a mistake. The ad should work as a radio ad for people listening to music on YouTube in the shower or as they fall asleep.

I heard about this tactic years ago while listening to a podcast with the marketer behind Purple (the mattress company, whose YouTube ads you’ve probably seen).

He said that even if people like your ad, they’re still going to watch the video they originally intended to watch. If they’re interested in whatever you have or do, they’ll look you up later.

That used to be hard to prove. Then Google launched remarketing lists for search ads (RLSA). If you link your YouTube channel to Google Ads, you can remarket video viewers just like website visitors, even if they never visit your website.

Once your Google Ads account and YouTube channel are linked, you’ll be able to create “YouTube users” audiences under remarketing audience lists within the Audience manager section of Google Ads. That’s a mouthful. Here’s a screenshot.

The two list members that matter in this scenario are “Viewed any video (as an ad) from a channel” and “Viewed certain videos as ads”. Pick one based on how hardcore you want to be.

When you’re done, add the newly-created audience(s) to your search campaigns. Now, whenever someone searches for whatever keywords you’re targeting, you’ll know if they saw a YouTube ad first.

A couple of important tips:

I had a client once who sold horse supplements. Every week for an hour I would go through their display campaigns’ automatic placements and get sucked into a YouTube subculture of female horse vloggers.

For videos on their channels, our leaderboard ad (728px by 90px) worked well at getting new email subscribers.

I told the client they should reach out to the YouTube creators directly to see if they would do a product review video. It didn’t work out, but I recommended the idea to a friend, and it did for them.

Not everyone can do this. It’s best for marketers who are in-house, and when I bring it up to people who do ecommerce, a lot of them say they already know who their relevant YouTubers are. In that case, try the reverse (target relevant YouTube channels as managed placements).

Get creative. When you find placements that work for ads, get on them organically too.

Picture this: You’re walking through Target. You see a mom shopping with her toddler. The kid won’t shut up. Mom hands them her phone. You hear Baby Shark as you walk by, but not before a YouTube ad plays.

This will get worse as the popularity of connected TV grows — families sharing YouTube accounts across multiple devices. Google knows it’s a problem but won’t address it because they can’t address it. It’s up to parents. If kids are going to watch Dude Perfect on the living room TV, they’re going to see ads meant for their parents.

What can you do? Unless what you’re selling is for young children, excluding the Early Childhood Education topic entirely can help. Baby Einstein isn’t going to convert. It’s a waste of money.

The same goes for other categories as well. If bad placements have a theme in your campaigns, exclude the entire category.