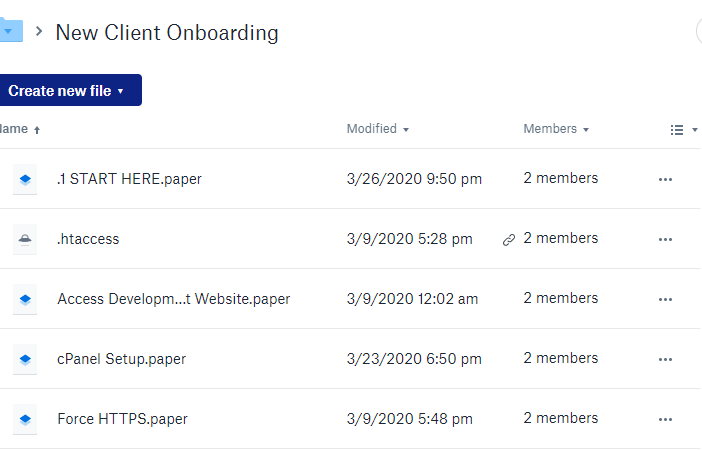 When people say “process” but fail to surround the word with more granular ones like “documentation” or “procedures”, it’s a red flag indicating they are the worst kind of facilitators. They use more cliche words like “refine” and “workflow” that sound smart but are empty. Call me a Marxist, but these people are parasites. They suck up money like a kid twisting their straw to get the last sip from a corner of their juice box. That’s not the worst part.

The worst part is that they hinder scale. By believing their business’s bowling lanes have bumpers but in reality only have those arrows pointing toward the pins, their team throws gutters. It hurts the team. They have low scores, and it hurts their morale. You can teach them to bowl better, but some people are just bad at bowling — unless they have bumpers. In business, bumpers (thorough, documented processes) can’t hurt; they only help.

Greg (one of my business mentors who now runs Red Lab) said something a long time ago that stuck with me: “Nobody likes the work.” Given the choice between doing the work and just about anything else, we’d all rather do something else. So do the work as fast as possible, then go to the bar, or the beach, or play League of Legends, or whatever else makes you happy.

Processes — documented procedures — make the work as fast as possible. When they’re so detailed that even an intern can get the job done without understanding what they’re doing, that’s a first-class ticket to the good life.

I say all of this to show that I am a huge believer in processes and systems. I’m not new to this either. Over the past five years I’ve written and rewritten documentation to help digital marketing agencies I’ve worked at scale. I’ve tried tools meant for documentation and tools that people have tweaked to work as libraries for standard operating procedures (SOPs). SweetProcess is the best.

When Jake (my side-hustle buddy) and I recently hit the we-should-really-start-documenting-this level of our business, we were both ready to pull the trigger on SweetProcess. We used it at the agency where we met and knew it rocked. Then I visited their website and saw their prices had increased. A lot.

The last time we had checked, their cheapest service package had cost between $30 and $40 a month. Now they’ve raised the floor.

As I write this (it’ll probably change again later), the lowest they’ll go is $99 per month, unless you pay annually, which will set you back one grand. I get it. Customers who pay more complain less. If I were them, I’d do it too.

But Jake and I aren’t going to pay that much. We’re a two-person team and it would push the limit of our expense budget. There’s a chance we’ll switch over to SweetProcess later, but after investing all of the time and effort to document our processes in a different tool, we probably won’t.

There are dozens of SweetProcess alternatives now. I won’t try to name them all, but here’s a short list of some I’ve tried and my thoughts on using them for documentation. They’re all freemium, not free trials, because we’re looking for something that can grow with us.

Google Docs is everybody’s go-to tool for process management on a budget, but I think that’s a mistake. They say, “It’s not pretty, but it works!” with the understanding that Google Docs is a temporary solution. They’re right. It’s not pretty, and in my experience, these people rarely ever upgrade. As their business grows their document libraries become disorganized and convoluted.

It’s easy to lose respect for systems managed in Google Docs. Especially in the digital marketing realm, Google Drive is our default for data storage. When your business’s systems are in the same general place as your vacation photos from Bali, they lose reverence (the systems, not the photos).

It’s possible to do processes in Google Docs. In my experience, few people do it well. However, as you’ll see in a bit, my recommendation is Dropbox with the assumption that you probably already use Google for data storage. If you store most of your files in Dropbox, it might make sense to put your processes and SOPs in Google Drive.

Notedock is made specifically for the purpose of writing and organizing documentation. I used it for several months a few years back but ultimately moved away from it because their free version didn’t allow you to easily embed photos.

Trello can be a lot of things. It works well for project management or more agile workflows because it’s easy to move and change stuff.

For technical procedures, Trello is fragile. People unfamiliar with Trello can easily break things because it’s designed to work that way. This makes it a crude choice for more detailed process management.

I have the least experience with Evernote. I used to use it for organizing miscellaneous thoughts and blog post ideas. It has a cult-like following among writers and creatives, and apparently some people have managed to make it into a process hub.

Nobody likes Evernote. They either love it or feel lukewarm about it at best. I’m in the lukewarm crowd — I can’t really explain why. If you’ve never used Evernote, I guess check it out. If you love it, it might be a good option for you.

WorkFlowy is a minimal list-making tool with the ability to nest lists within lists indefinitely. If you like to organize your thoughts into bullet points, you’ll like it.

Similar to Evernote, more people appear to use WorkFlowy to organize their own personal workflows rather than to detail workflows for their business or team. I could be wrong, but that is the feeling I get while using it too. It is purposefully limited — for better or worse depending on your needs.

I don’t even like Dropbox. G(oogle) Suite provides a wider line of services including digital storage in an integrated environment at a lower entry price. Unless they snail-mail customers handwritten birthday cards, I don’t understand how they stay in business. Whenever I receive an email from Dropbox indicating somebody wants to share something with me, I wonder why they didn’t use Google Drive.

I am not their target customer — or at least I wasn’t, until I started researching SweetProcess alternatives and found Dropbox Paper.

Dropbox Paper seems to have consolidated most of the important features in one place. The features it lacks, I can live with, but I’ll point out both.

1. Quickly add screenshots. As a PC user, Greenshot + Dropbox Paper is an efficient combo. Greenshot effectively mimics Mac’s screenshot shortcut in fewer keys. Either way, once you have an image on clipboard, Control / Command + V will put it on Paper. Super-fast. I’ve heard of other people saving screenshots in Google Drive then adding links to the screenshots in their process tool of choice. No. Absolutely not.

2. Expandable screenshots. A simple but important feature. Clicking on images expands them to their original size. Nice for full-size screenshots that need to include the full view but won’t fit otherwise.

3. Image captions / descriptions. I know I’m really going on here about images, but if you write documentation, then you know this is important. Images in Dropbox Paper have optional descriptions. Sometimes it’s easier to caption a screenshot rather than edit the image to point something out.

4. Lists continue after image breaks. This is easier to explain with a screenshot. In other tools, continuing a numbered list after inserting an image causes your list to start back at step 1, and correcting it breaks the formatting (I’m looking at you, Nuclino). Dropbox Paper allows you to insert an image and continue to the next number in a list without messing up the format.

Saying “The Bad” might be excessive, but there are a few things that Dropbox could do to make Paper better.

1. No pinning feature. The downside to using files within a folder as steps within a process is that they’re unorganized. You can number the file names according to the steps, but if you add a new step between existing steps, you have to rename all of the following files (i.e. if you add step 3, then the old step 3 becomes step 4, step 4 becomes step 5, etc).

I like to add a READ ME file explaining the correct workflow and ignore file order within folders. It’s easier to edit. To do this, I find myself changing the READ ME file name to whatever is necessary to make it show up first alphabetically. It would be nicer to be able to pin files to the top of a folder.

I’m sure there are more use cases, but that’s what I would use it for.

2. Link editing sucks (you can’t edit anchor text). You can’t edit links; you can only add them. If you want to extend anchor text before or after the current selection, you basically need to delete the link and try again. It’s weird, and one of those things that by trying to make it simpler they actually ended up making it more complicated.

3. The important settings are premium. This is where they get you. All of the sharing and permission settings that matter once you start growing are premium. Granting access to some folders but not others? Premium. Limited-access link sharing? Premium. There’s no good way around it. You can try sharing the login credentials for one account, but somebody might accidentally break something or see things they shouldn’t.

That’s fine. It’s free after all. When the time comes to upgrade, we’ll do so without reservations.